THE RISE OF SKYWALKER
Daisy as Rey
worldwide release — december 20, 2019

The conclusion of the ‘Star Wars’ sequel trilogy.

Daisy Ridley – A Year In Review

Daisy Ridley has been quiet this year but we could see her in her projects! Peter Rabbit and Ophelia premiered this year in cinemas and / or festivals. Pictures from both projects are available in the gallery. 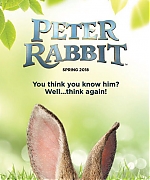 Daisy Ridley also joined The Academy this year and won an Empire Award (see pictures here). The Star Wars IX production also started this year and as far as we know, shooting is not over yet.

No editorial photoshoot this year but we managed to get unseen pictures of Daisy‘s shoots in 2015 and 2017 throughout the year. Take a look !

2019 is going to be a busy year for Daisy : Chaos Walking in March, Ophelia‘s international release and Star Wars IX in December ! Are you ready?