Happy new year, Dazzle fans! We are starting the year in a good way thanks to Tatler Magazine which chose Daisy as their February cover. Daisy is more dazzling than ever. Pics are getting released slowly, keep checking back!

Daisy Ridley to star in ‘Young Woman and the Sea’

DEADLINE – Disney’s live action team is negotiating for Daisy Ridley to star and Joachim Rønning to direct Young Woman and the Sea, a Jeff Nathanson-scripted drama based on the book by Glenn Stout that chronicles the daring journey of the first woman to ever swim across the English Channel. Gertrude “Trudy” Ederle made the 21-mile swim in 1926.

The daughter of a German butcher from Manhattan, Ederle was a competitive swimmer who won gold in the 1924 Olympics when she decided to attempt crossing the channel. She undertook the feat after first swimming 22 miles from Battery Park in New York to Sandy Hook, NJ, setting a record that stood for 81 years. She contracted with two newspapers and sold her story, thereby financing her quest. There was actually a race among women who would be first to cross as only five men had done so before.

Find below the first trailer for Chaos Walking as well as stills, posters and bts pictures.

About time! Cinemas got sent this gorgeous first poster for Chaos Walking, out on January 22 2021 (let’s hope it won’t get delayed… again…), starring Daisy Ridley and Tom Holland. Click on the picture to see it full size. 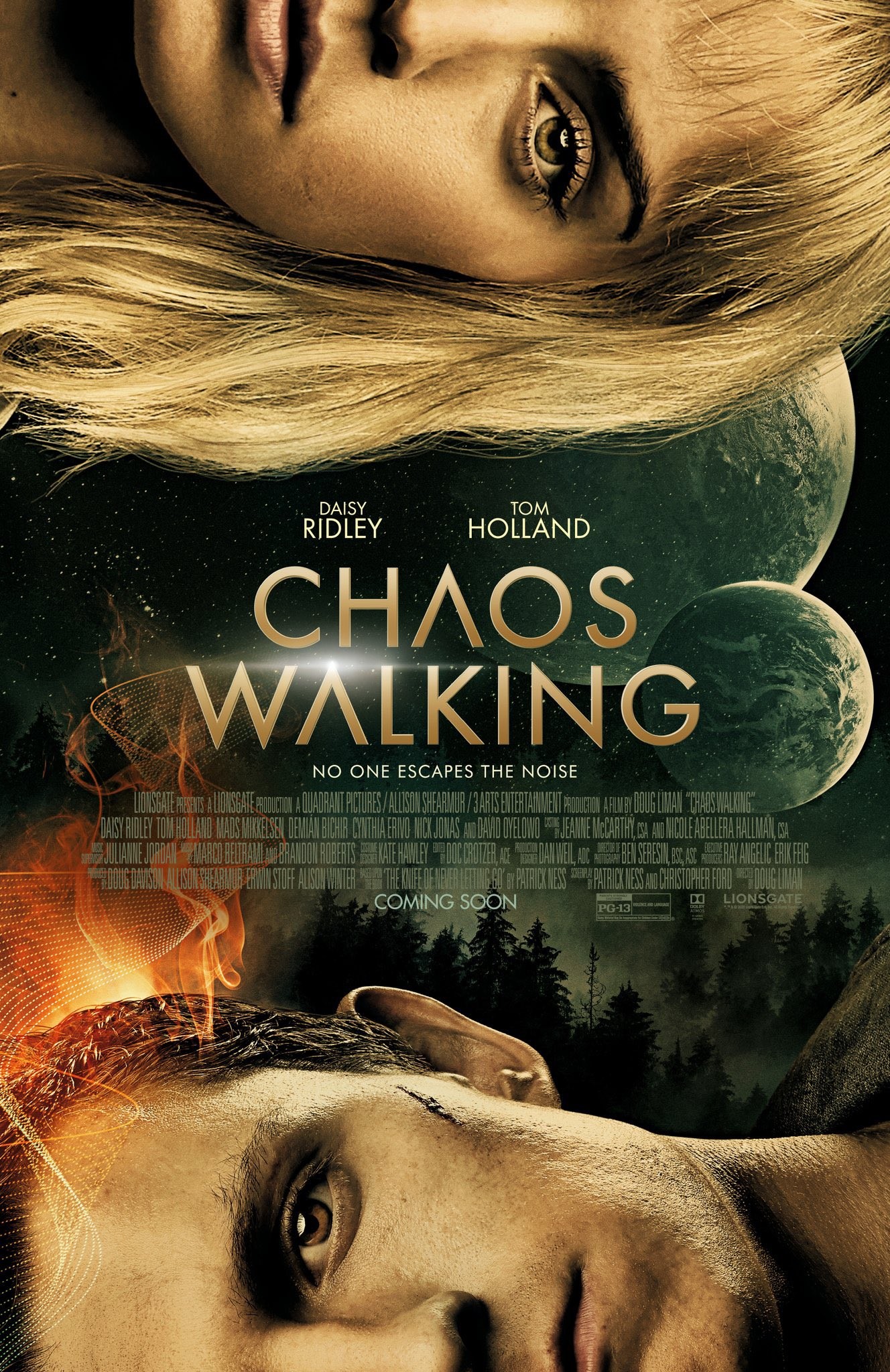 ‘The Inventor’ – all informations

“The Inventor” is the story of Leonardo da Vinci (Fry), whose free-thinking ways clashed with Pope Leo X (Berry), who sent the inventor far from Rome to the more enlightened but reluctant French court of Francis I, his sister Marguerite (Ridley) and his mother Louise de Savoy (Cotillard).

Currently in pre-production with delivery scheduled for spring 2023.

I hadn’t posted about this: back in July, Daisy Ridley has teamed up with UK scribe Elinor Cook, a writer on season 3 of Killing Eve, on Audible Original drama Islanders, about a reality TV contestant.

The Audible Emerging Playwright commission tells the story of a young woman, performed by Ridley, who has always felt invisible. When she becomes a contestant on a televised dating show, she’s thrust into a manufactured paradise. To remain in the game, she tries on different personas and partners. But as the days – or weeks – pass and the lines between truth and fiction blur, she must confront her long-held anxieties about identity and the desire to be seen…all while the cameras are rolling.

‘Islanders’ has just been released, listen to it here and listen to a preview here.

Also, check out this new interview featuring Daisy, talking about her new project:

Yesterday (September 08) Daisy has been interviewed by her friend Josh Gad during Jimmy Kimmel Online about Star Wars and her next projects. Enjoy the video below:

Daisy Ridley to star in ‘Women In The Castle’

DEADLINE – The exciting trio of Daisy Ridley (Star Wars), Kristin Scott Thomas (Darkest Hour) and Nina Hoss (Phoenix) have been set to star in Jane Anderson’s (The Wife) adaptation of Jessica Shattuck’s 2017 New York Times bestseller Women In The Castle, about three widows of conspirators involved in an assassination attempt on Hitler.

The story of the three German women, set during and after World War II, explores how each deals with the fallout of her personal life and the devastation around her differently. Shattuck’s main characters are fictional but the story draws on familial – she is half-German – and historical accounts from the period.